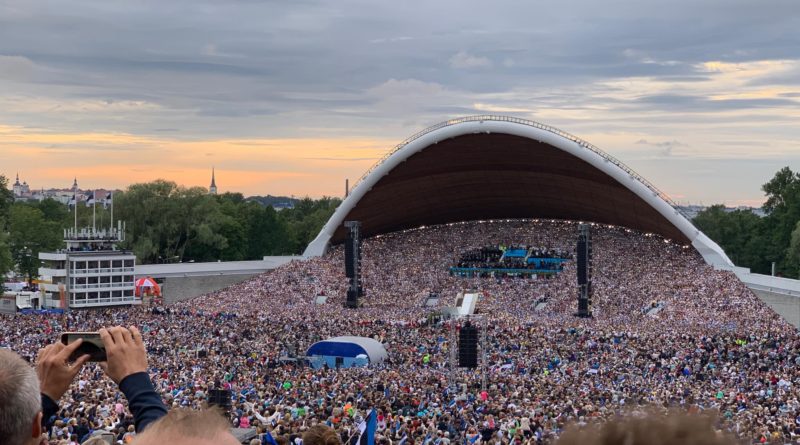 Have you ever heard 18 000 voices singing at once? This emotional experience can be felt during Estonia’s Song Festival, which occurs once every five years in Tallinn.

On this occasion tens of thousands of Estonians gather in Tallinn in the summertime to take part in the Song and Dance Festival.

In the summer of 2014, tens of thousands of singers will come together in Tallinn.The Song Festival is an enormous open-air choir concert held at the Tallinn Song Festival Grounds with the participation of hundreds of choirs and thousands of singers. The number of participants in the Song Festival can reach up to 25 or 30 thousand, but the greatest number of people is on stage during the performance of the joined choirs—there are usually 18 000 singers on stage at that moment, and their powerful song touches even the most frigid Nordic disposition.

It’s not too early to start making plans to attend Estonia’s next Song and Dance Festival, which will be taking place from 4-6 July 2014